We have become 10 years old! 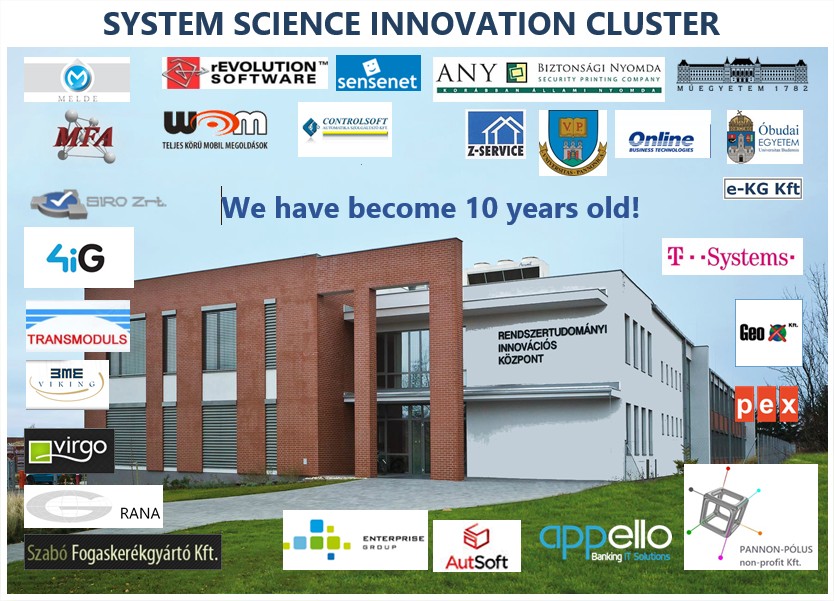 Hungary was the most successful participant in the prestigious EU Horizon 2020 cooperation tender, taking part in the “Teaming” research excellence programme. The two winning consortiums, consisting of prominent Hungarian and international professional partners and coordinated by the National Research, Development and Innovation Office won total funding of EUR 26 million (equivalent to HUF 8 billion) for building an excellent centre.

Annual development funds in one place!

On the Government’s official EU tenders site, the 2016 timetable of tenders of all Operative Programmes currently effective are now available, including the Annual Development Fund, so the interested parties can view in a clear and trasnparent table as to which tenders have already been announced, and the publication date as well as the budget amount of the future tenders.

The annual development frameworks (ADF) determine the implementation method of the given programme by the development policy institutional system, i.e., the most important information and data of the tenders to be announced and already announced in the given year.

One thing has been decided for sure, namely, which ones are the 8 incubator houses that received the so-called RDI-based key policy opinion  – granted based on some strict evaluation criteria  – and therefore, may submit their application to the tender under Code No. GINOP-2.1.5-15 announced as part of the Economy Development and Innovation Operative Programme (GINOP) and may receive HUF 600 million of non-reimbursable subsidy each.

Experiences of the first 6 months of the GINOP tenders

We have found an interesting, detailed and instructive article on the Internet, containing useful information for those businesses who consider submitting a R+D tender; we share it here (source: www.rollingconsulting.hu):

Government Decree No. 272/2014 considered to be the bible of the EU grant system has been modified

The modified decree contains, among others, the following main changes: the winners of the R+D EU tenders can have a 75% supplier advance instead of the previous 50%.  It is also important that only those state owned companies and government organisations can participate in the economy development tenders for whom the Government granted a preliminary authorisation to this end. The new legal regulation specifies as to when and how the authorities can initiate the cancellation of the winning institution’s tax number, should it attempt to misuse the grant. You can read more about the modifications here:

The call for tenders under Code No. VEKOP-2.1.7-15 has been announced with a budget of 6 billion

The announcement titled ‘Prototype, product, technology and service development’ has been published; the available budget is HUF 6 billion. The objective of the tender is to support the independent R+D+I activity of the businesses until reaching the prototype or demonstration phase and occasionally beyond that, until entering the market. The projects may receive a non-reimbursable grant of at least HUF 10 million and maximum HUF 80 million. Only projects to be implemented in the Central Hungary region will be supported.

Modification of the GINOP timetable, new tenders are coming

This year’s re-drafted GINOP tender timetable has been published in the Hungarian Gazette; what we can see is that the joint framework amount of the tenders increased by several tens of billions of forint compared to the HUF 1,230 billion published in January. The reason for this is that a number of new tender announcements are expected this year and from among the announced tenders, the framework amount of some has been expanded.

Some GINOP announcements have been temporary suspended

The Managing Authority has suspended the following announcements for the purpose of review in order to implement the tasks and the objectives included in Government Decree 1018/2016. (I. 22.) on the ‘measures required for the comprehensive use of EU funds for the programming period between 2014-2020’:

GINOP-1.2.5-15 ‘Support for the development of logistics service centres’

GINOP-1.3.1-15 ‘Support for the market entry of micro, small and medium sized businesses’

Following the review, the announcements will once again be available with the modified conditions.

1.) Welcoming speech, report about the 2015 activity of the Cluster

2.) Commenting the financial report on the utilisation of member fees

3.) Commenting the amount of the member fee and registration fee to be set for 2016

4.) Report on the ICT Balatonfüred project

5.) Information about the 2016 GINOP funds budget and the experiences of the ongoing R+D tenders

7.) Introduction of the new cluster member

The call for tenders supporting professional cluster organisations has been published

You may read more about the tenders here: https://www.palyazat.gov.hu/node/57163